The Left Can’t Stop Lying About The Tea Party

The Left Can't Stop Lying About The Tea Party https://www.dailysignal.com/2019/08/30/the-left-cant-stop-lying-about-the-tea-party/ 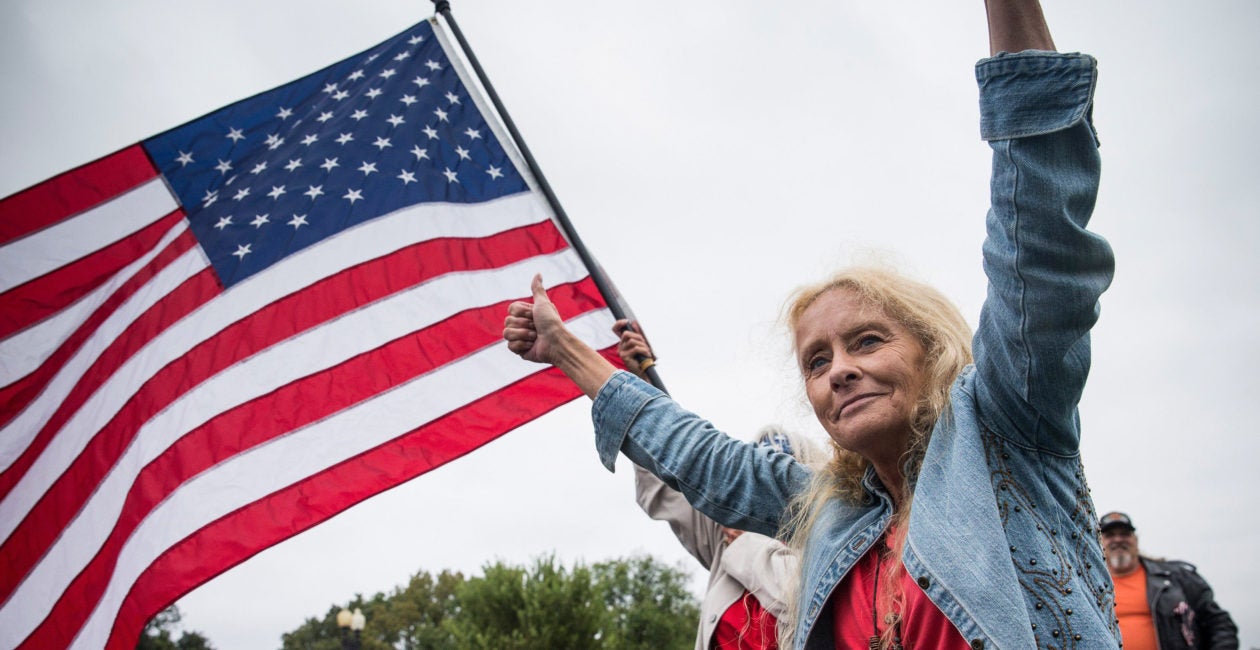 A woman cheers at a rally on Oct. 13, 2013, in Washington, D.C., centered around reopening national memorials like the World War II Memorial closed by the Obama administration's government shutdown. The rally, which was supported by military veterans, tea party activists, and Republicans, also focused on frustrations against then-President Barack Obama. (Photo: Andrew Burton/Getty Images)

David Harsanyi is a senior editor at The Federalist and the author of "First Freedom: A Ride through America's Enduring History With the Gun, From the Revolution to Today."

“In the late summer of 2009, as the recession-ravaged economy bled half a million jobs a month, the country seemed to lose its mind,” The New York Times says, kicking off its 10th anniversary retrospective of the tea party movement. As you can imagine, the rest of the article continues in this vein, portraying conservatives who organized against Obamacare as a bunch of vulgar radicals.

Yet even this kind revisionism wasn’t enough for most contemporary leftists, who see everything through the prism of race.

“A fundamental flaw in this analysis is there is no mention of race and how much racism drove the tea party movement,” ABC’s Matthew Dowd claimed. “You can’t talk about the rage politics and leave out race.”

“How do you write a 10-years-later piece on the tea party and not mention–not once, not even in passing—the fact that it was essentially a hysterical grassroots tantrum about the fact that a black guy was president?” asked nonbiased Washington Post reporter Wesley Lowery, calling it journalistic “malpractice.”

The liberal Left continue to push their radical agenda against American values. The good news is there is a solution. Find out more >>

Well, you get the idea.

In the first draft of this column, I joked that The New York Times might add a line about tea party “racism” before the day was over to placate the Twitter mob. It did it before I could even publish.

But it doesn’t change the fact that there’s no evidence that a “good deal”—or any substantial deal, for that matter—of the tea party’s popularity was propelled by racism.

For one thing, the wealthy white leader of Congress at the time was just as unpopular among tea partyers as the black president. And as we’ve seen, had Hillary Clinton won the 2008 election, she would have generated no less anger among conservatives.

No, it was Barack Obama’s leftist rhetoric and unprecedented unilateralism—he had, after all, promised “fundamental change”—that ignited what amounts to a renewed Reaganism, a fusing of idealistic constitutionalism and economic libertarianism.

Tea party protesters not only felt like they were under assault from Democrats but that they had been abandoned by the GOP establishment. If you really wanted to hear them “rage,” though, you could always bring up the Caucasian former Republican president, George W. Bush, who had “abandoned free market principles to save the free market system.”

As with any spontaneous political movement, some bad actors glommed onto protests. The New York Times article, for instance, informs us that “one demonstrator at a rally in Maryland hanged a member of Congress in effigy” and that a “popular bumper sticker was ‘Honk If I’m Paying Your Mortgage'”—as if we’re supposed to be offended by the latter.

Left-wing protesters, no matter how puerile, hateful, or bigoted, are typically depicted as righteous agents of change. Conservatives and libertarians, on the other hand, “rage.” The “summer of rage” typically refers to the riots that swept a number of American cities in 1967.

The tea party protests never turned violent. There were no riots. No broken Starbucks windows. It was the most peaceful “rage” you’re ever going to see.

A CBS/New York Times poll at the time, in fact, found that the average tea party activist was more educated than the average American, and their concerns mirrored the mainstream. Although a majority was more socially conservative than the average voter—particularly on abortion—8 in 10 of them wanted their burgeoning movement to focus on economic issues rather than social ones.

Hardly the anarchists depicted in the media, a majority of tea partyers wanted to reduce the size of government rather than focus on cutting budget deficits or even lowering taxes, the poll found. A majority, in fact, believed that Social Security and Medicare were worthy taxpayer burdens.

Not even clamping down on illegal immigration, often the impetus for charges of racism these days, was a big topic among these activists.

The tea party had three main grievances: Obamacare, government spending, and “a feeling that their opinions are not represented in Washington.”

The protests were fueled by Democrats’ unprecedented action on a health care policy. A decade later, the tea party’s suspicion that the health care law was merely an incremental way to move toward socialist policies turned out to be correct, as most of the Democratic Party presidential field can attest.

One thing is true, though: The majority of tea partiers were white. You know what that means, right?

And as those of us who covered the Obama administration remember, no matter how historically detailed or ideologically anchored your position might be, the very act of opposing a black president was going to be depicted as act of bigotry.

This cheap and destructive rhetoric now dominates virtually every contemporary debate, most of which have absolutely nothing, even tangentially, to do with race. It’s a kind of rhetoric, in fact, that retroactively dominates our debates, as well.