The Number of Democrats Showing Up at Trump Rallies is Stunning

The Number Of Democrats Showing Up At Trump Rallies Is Stunning

One day after the House voted along party lines to pass the impeachment inquiry resolution, President Trump held a rally at the BancorpSouth Arena in Tupelo, MS. Trump traveled to the state to support the Republican gubernatorial candidate, Lt. Gov. Tate Reeves who is running against Democrat Jim Hood.

A local reporter wrote that some supporters arrived before dawn. By 10 a.m., they had begun to line up.

Hundreds of people are already lining up outside the BanCorp Arena in Tupelo for President Donald Trump’s rally. The event doesn’t start until 7pm but some people have been here before dawn. @FOX13Memphis 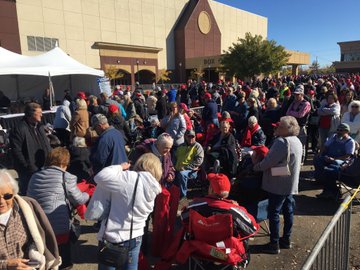 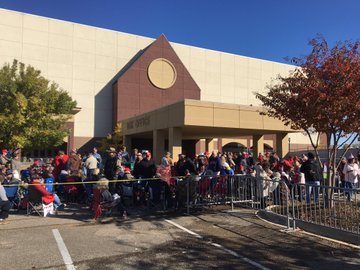 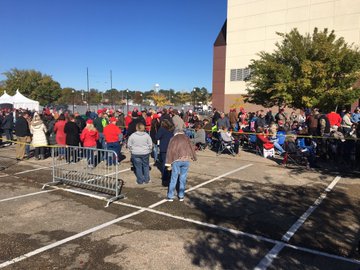 703 people are talking about this

The arena, which has a maximum capacity of 10,000 was packed and a large overflow crowd remained outside watching on a giant television screen.

We made it from the motorcade into the arena, it’s a packed house to see @realDonaldTrump! @wtva9news 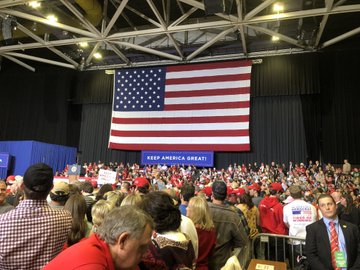 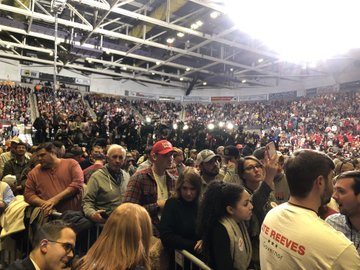 The arena was full an hour before Trump spoke.

A Tupelo coliseum is full awaiting President Trump. He’s staging a rally in Mississippi to energize GOP voters for the Republican candidate for governor Tate Reeves. 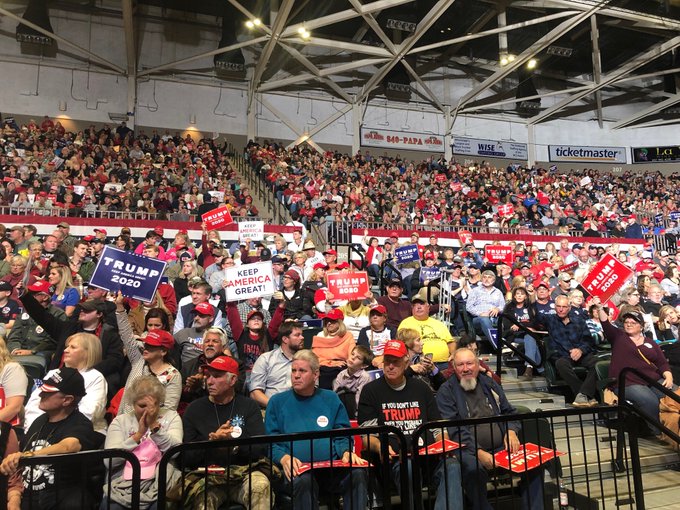 187 people are talking about this

Of the 16,432 voters who provided data, 27% were Democrats. The significance of this is monumental. I wonder what the percentage of Republicans attending Democratic rallies is. I imagine it would be low to nil.

This tells us that a certain percentage of Democrats are looking at the weak field of candidates and are searching for an alternative. I would guess many of them are turned off by the injustice of the current impeachment inquiry as well as the party’s sharp left turn. It might surprise Democrats to hear that not every Democrat supports impeachment or the vision of a socialist America.

The next data point showed that 24% had voted once or less in the last four elections. Half of them have not voted at all. Can you imagine if this group were to actually go to the polls next year and cast their ballot for Trump? It’s not a crazy assumption. It takes less time and effort to cast a vote than to attend a campaign rally.

Parscale’s comment on this data was encouraging. He wrote, “More winning numbers that will help secure #FourMoreYears for @realDonaldTrump! Continue to outperform 2016.”

More winning numbers that will help secure #FourMoreYears for @realDonaldTrump!

11.8K people are talking about this

Parscale reported the data from the previous rally, held on October 17th in Dallas, TX and it was equally impressive.

First, their data showed that 53,985 voters had attended. (The Dallas venue was larger than the Tupelo venue.) The stadium had a maximum capacity of 20,000.

12% of those who attended indicated they had not voted in the last four elections.

Finally, Parscale found that 11% of them were Latino. The implications of such a strong Hispanic presence lays to waste the Democratic talking point that Trump’s insistence on building a border wall and taking a tougher stand against illegal immigration is resonating. Admittedly, close to 40% of the state’s population is Hispanic compared to about 18% for the general U.S. population. Still, an 11% Hispanic turnout to a Trump rally is impressive. The Hispanic vote will have a big impact on the results in 2020.

12% have not voted in the last 4 elections

These are winning numbers that will help win #FourMoreYears for @realDonaldTrump!

We continue to outperform 2016.

19.6K people are talking about this

1. There is no way that any of the 2020 Democratic candidates could ever attract the crowd sizes that Trump regularly receives at his rallies.

2. Nor would supporters line up 24-48 hours to hear any of them speak.

3. No one in the current field could generate the level of excitement Trump creates routinely at these events.

4. President Trump connects with attendees on an emotional level.

5. Trump himself loves holding rallies and the crowd feels it, knows it.