Another nail in the GOP coffin!

Senate Majority Leader Mitch McConnell appears to have sparked a fire as he suddenly appears to support the Democrats’ move to initiate the impeachment process of President Donald Trump.

He claims he is “done” and “furious” with the POTUS. He also said that he believes the president has committed “impeachable offenses” 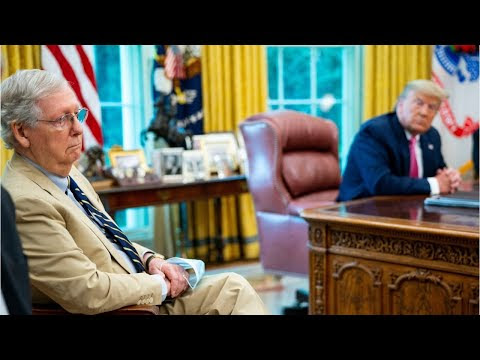 One source told Fox News that McConnell has not made up his mind about what to do about impeachment, and does not see this as a partisan exercise like the previous impeachment effort against Trump.

Another source told Fox News that McConnell told associates that impeachment will help rid the Republican Party of Trump and his movement.

The New York Times first reported that McConnell was pleased that House Democrats introduced an article of impeachment against Trump.

A source close to McConnell told Fox News that "nobody is pleased by anything."

Meanwhile, other sources told Fox News that there is "no love lost there."

So which is it?? It doesn’t appear anyone really has a clear answer on how he feels.

Part of McConnell’s anger, according to sources, is that the Senate Majority was lost to the Democrats just last Tuesday in the Georgia Senate runoffs, but sources said that McConnell is extremely upset about the president’s actions Wednesday leading up to the riot at the Capitol.

In addition, McConnell’s wife, Elaine Chao, resigned from her post as Transportation Secretary. She cited Trump’s conduct regarding the Capitol riot
This entry was posted in Home. Bookmark the permalink.
Copyright © 2010, 2011, 2012 Asheville Tea Party